Did You Watch It? 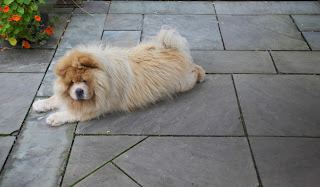 Teddy waited patiently for the eclipse.  I was very excited.  I had been waiting for this day for months.  I bought eclipse glasses 4 months ago and gave them to all of my family and friends.  They thought I was a little crazy but they were very happy to have them yesterday when the day finally arrived.  The glasses were sold out everywhere and were impossible to find. 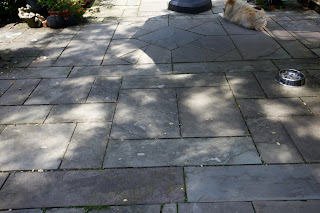 I couldn't take any direct photos of the eclipse but it was awesome. As it began, the shadows it formed were eerie.  At the height of the eclipse, it became very dark and the crickets began chirping. 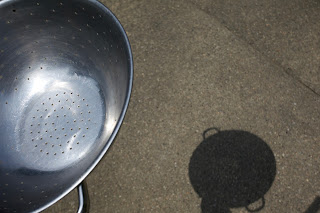 One of the cool things to do during an eclipse is to hold a colander in the sun to cast a shadow. 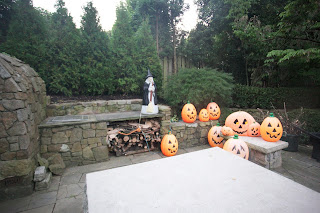 On another note, my husband set up all of my Halloween blow molds for me. 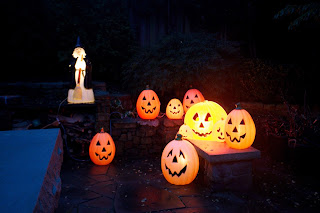 When Teddy and I go outside when we get up in the middle of the night, this is what greets us.  Our minions.
chow chow teddy witches

Starting Over, Accepting Changes - Maybe said…
It was a very cool experience. We bought our glasses over a week ago and we're glad that we did. Some in my family used the box option and said that worked well also.
August 22, 2017 at 4:07 AM

Susan said…
That is so neato! I was, unfortunately, stuck at my desk in the fluorescent light of the office during all the excitement. I did follow it online (they can't totally crush my spirit...) and it looked beautiful.
August 22, 2017 at 7:08 AM

Anonymous said…
I watched it on the net and it was soo cool! The tiome we had it here a few years ago nature decided that we should have a thick layer of clouds, the day before and after were totally clear :-) :-)

That coolander photo is just so cool!

TARYTERRE said…
that is neat with the colander. clever indeed. love all your blow molds too. definitely cool.
August 22, 2017 at 6:19 PM

1st Man said…
Love that collection of light up pumpkins. Wonderful. Are they vintage?

Linda said…
I drove to Nashville to see the total eclipse. The shadows on the ground are actually little eclipses, hundreds of them as the leaves act like a pinhole camera or a colander. I put my glasses over the camera lens and took a picture that way.
August 23, 2017 at 10:41 AM

Mary Ann said…
My dogs slept through the eclipse. I set up a camera in the henhouse AND FORGOT TO TURN IT ON!!!