October 12, 2017
This won't be quite as long of a post today because much of it was spent traveling, but I still got to see plenty of awesome and memorable things! 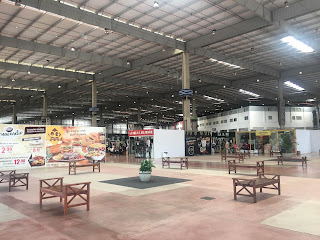 This is a very strange sort of mall we visited.  It's basically a bunch of small stores in what looks like a giant old aircraft hanger.  The entire place is open air. 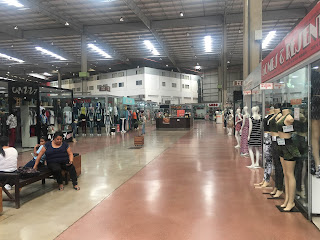 Most of it was clothes. 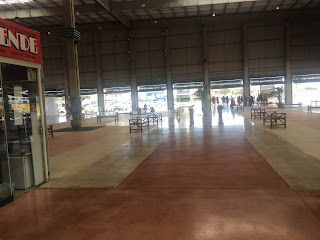 I don't know how they keep this place secure overnight, come to think of it. 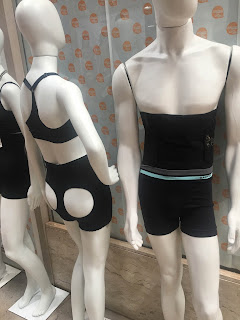 Some very strange undergarments.  The guy seems to be wearing some kind of fashionable girdle, while the female is wearing...whatever one would call this. 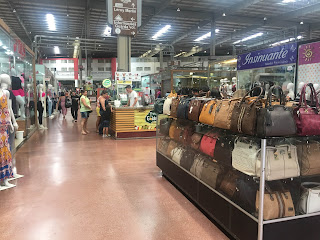 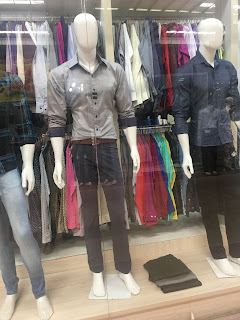 The male mannequins were quite strange.  This looks like a guy is always at the gym, but has never done a single leg day.  That waist is half the size of those shoulders. 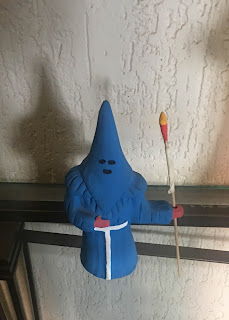 After the mall, we went back to my grandma-in-law's apartment to collect our bags for the airport.  In the entryway to the apartment building, I saw this strange little fellow.  Evidently this isn't some kind of strangely-colored KKK figurine, but is actually as close as Brazil gets to spooky Halloween decorations.  I guess! 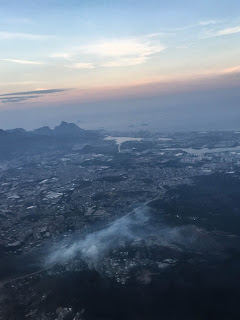 Rio from the air. 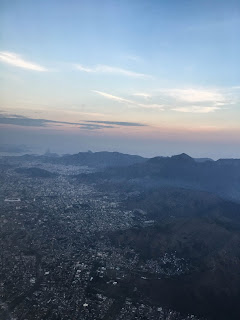 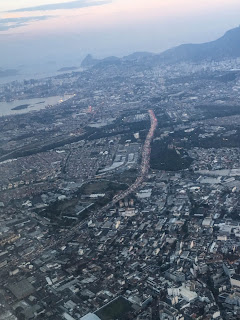 Look at all that traffic. 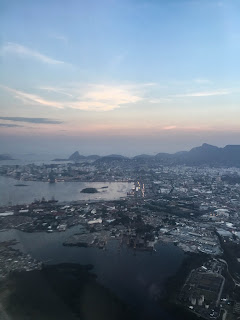 The ocean!  Or perhaps this is the bay. 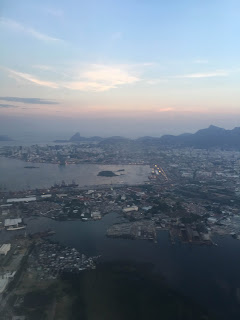 Very scenic, as my mother-in-law promised it would be, 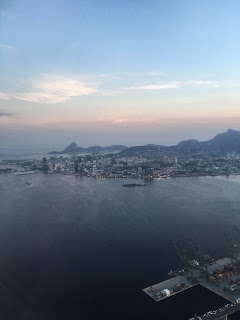 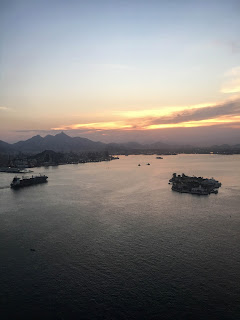 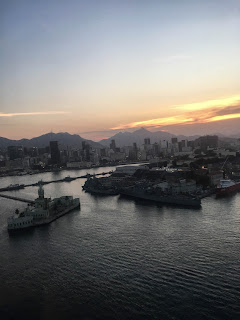 My uncle-in-law Sergio picked us up from the airport and we went to his apartment, where we met this little fellow: 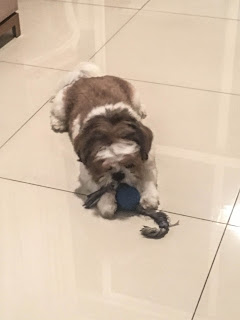 Rich!  He is very small and very full of energy. 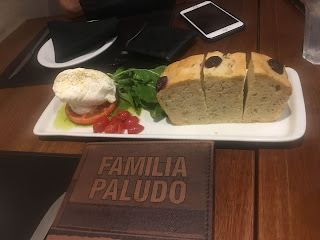 We went to Familia Paludo for dinner.  It's basically a pretty fancy steak and seafood house.  This bread is made by the restaurant, and the cheese is not actually Buffalo Mozzarella, but is rather a local Brazilian cheese. 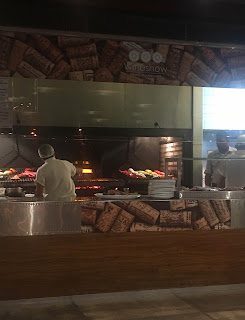 The cooks in front of their huge grill. 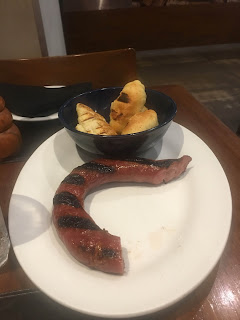 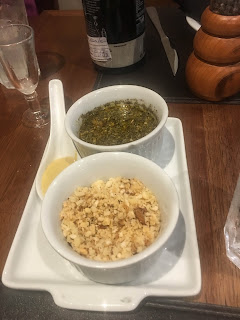 Along with the sausage came amazing chimichurri sauce, as well as farofa. 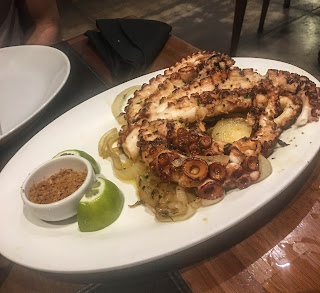 I ordered the octopus, as is my wont.  I was not disappointed!  Great texture.  Also, my sister's boyfriend told me last week that properly-prepared octopus does not need to be salted.  It gets enough salt from the sea.  This fascinates me. 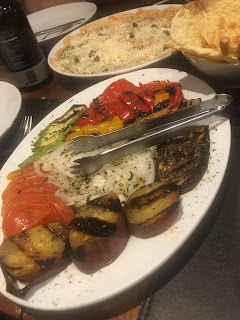 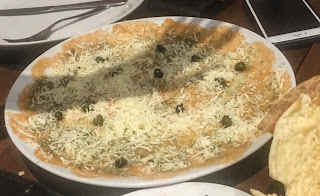 My wife got salmon carpaccio.  We all ate and went back to the apartment for some much-needed rest!

I'm really going to miss my grandma-in-law.  What a wonderfully-nice lady she is!  And one heck of a cook.  I'm also going to miss my uncle and aunt-in-law.   They could not have been more warm and welcoming to me, and encouraging of my crude attempts at speaking Portuguese.  It has been very nice to meet all my extended family these past few days.

Tomorrow, my wife and I explore the world-famous Rio De Janeiro!

Blogoratti said…
A nice trip it must be and lovely photos too. Greetings and best wishes!
October 12, 2017 at 5:58 AM

Linda said…
Those mannequins and bathing suits were different. It is all so interesting and different. Thanks for the pictures.
October 12, 2017 at 8:21 AM

chickpea678 said…
That mannequin comment/observation LOL! I never heard the term grandma in law used but you make it sound very endearing :).
October 16, 2017 at 7:31 PM