The Polish bread I made for our dinner is basically a brioche, one of my favorite breads to make.  It is actually one of the first breads I ever made a very long time ago.  I can't even think of how many I must have made since then.  My favorite part is braiding it.  I fill up my cauldron with my favorite tea and braid away.

This is the recipe I use:

FOR THE EGG WASH

ASSEMBLE THE BRAID AND BAKE 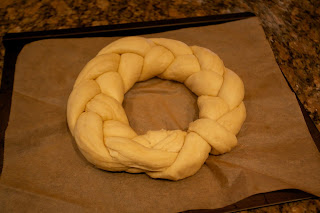 A little wonky but it doesn't effect the flavor! 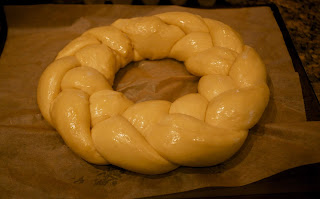 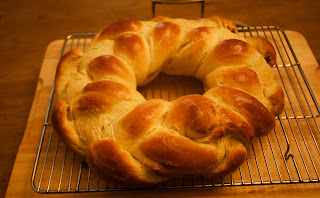 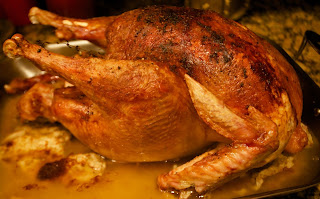 Yesterday I roasted a turkey. 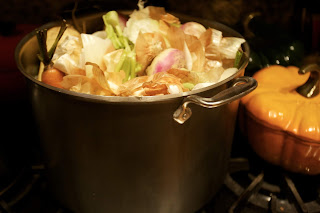 Early this morning it became stock and tomorrow it will evolve into gravy.  Then it is frozen and I check another box on my Thanksgiving to do list.
brioche polish bread

Christer. said…
I like Brioche but I've never baked it myself, perhaps I should try it. My braiding however isn't something to be proud about :-) :-) :-)

Bee Haven Bev said…
Living in your house is like living in a Michelin rated restaurant, I swear. will you PLEASE adopt me? I am a hard worker and really no trouble!!!
November 12, 2019 at 11:12 AM

StrictlyMystic said…
I'm going to use your suggestion to make gravy in advance this Thanksgiving. How large a turkey do you use for the gravy stock? I've seen other posts about using wings and various other parts, so am guessing maybe one in the 10-12 pound range? Thanks.
November 12, 2019 at 2:52 PM

jaz@octoberfarm said…
it depends on how much gravy you want. i used a 15 lb turkey and got 8 quarts of stock. it has to cook until the carcass falls apart.
November 12, 2019 at 3:01 PM

Practical Parsimony said…
Many years ago, I could do Thanksgiving cooking in one day. Now, I start and do cooking in stages. That bread looks delicious and so pretty.
November 12, 2019 at 5:58 PM