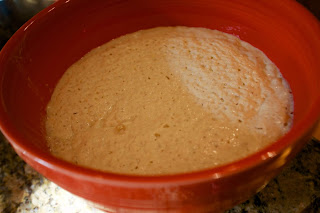 I am putting in 10-12 hour days of cooking.  It's that time of year.  I had a request for salt rise bread for Thanksgiving.  And though I will be making all kinds of rolls and breads, this was added to my agenda.  As I have shown you, salt rise bread is a very tricky bread to make and takes 2 days and a lot of attention.  This was my second rise and the raisin' was looking more than perfect.  It was happy and bubbling away.  Usually, if salt rise is a failure, you would never see it acting like this.  In other words, it would have failed already. 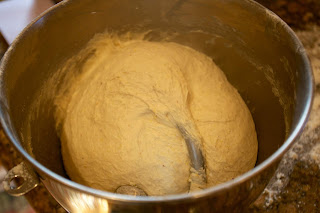 So, being proud of my bread at this point, I took it to the next stage. 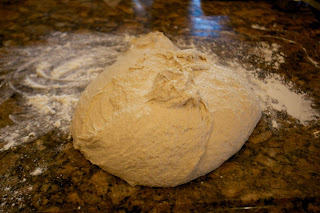 I kneaded and kneaded. 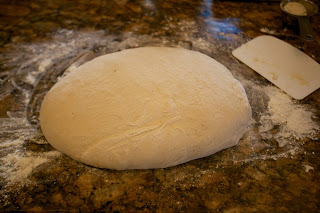 I finally had the perfect silky smooth dough, placed it in pans and thought I was done. 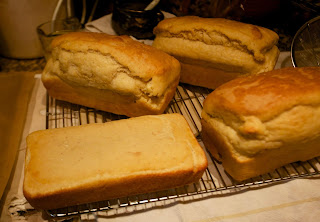 The one on the front left is a loaf from that batch.  Winnie, who loves salt rise bread, wouldn't eat it.  I was very disappointed but I jumped right back in the saddle and a day later, turned out these other 3 loaves.  Perfect salt rise! The failure occurred on the day I had no heat. I think I killed the dough when I put it in the cold loaf pans.  Not only is it about 1 inch high, it was as thick as a brick.  I had to throw all 3 loaves out.  But the perfect ones are now frozen and will make their next  appearance on the Thanksgiving table.  I'll make this 3 more times before the big day so people can take loaves home with them. 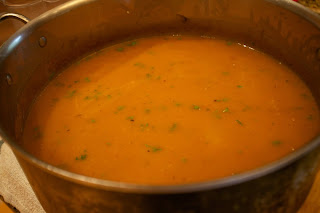 Eight quarts of turkey gravy is made and frozen. 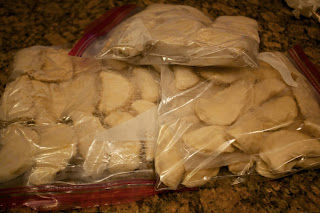 And yesterday my daughter and I made 130 more pierogies.  I'm gaining on it!

Leanna said…
My Goddess!! Don't forget to get a little sleep. I can almost taste some of this. So far it looks amazing. I was able to get in some more cookie mixes and get them wrapped into cookie logs. I have 16 now. I also got my orange poppy seed bread, unbaked, into food saver bags and they are in the freezer. I'm so glad I got that thing.
November 15, 2019 at 5:54 AM

Debra She Who Seeks said…
It's encouraging to know that even an expert baker like you can have a failure! The successful loaves look de-lish, of course.
November 15, 2019 at 7:59 AM

Guillaume said…
Wow! Preparing Thanksgiving is serious business for you.
November 15, 2019 at 3:57 PM

Practical Parsimony said…
Too bad. At least you knew what happened. And, the dog would not eat it? It must have been bad. I could no longer cook for that long and especially over many days. It sounds like T dinner is moving right along I make my gravy before the big day.
November 15, 2019 at 6:29 PM