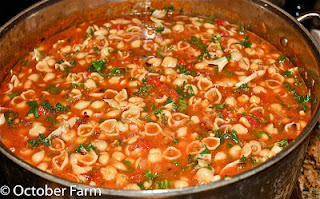 What a winter we have had this year.  We've had no snow to speak of, and the temps have been up and down and up and down.  We haven't had the chance to acclimate.  Last week it was in the mid 70's and now we are sitting at 10 degrees. This is the coldest weather of the season which steers me  into soup/stew mode.  Yesterday, I made a big pot of pasta fagioli, my daughter's favorite. Some of these pics are old because, as usual, I forgot to take pics of some of the steps. 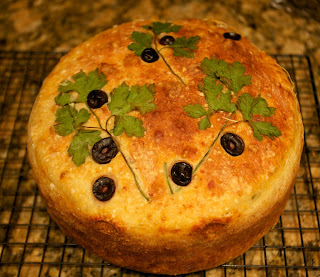 I finally baked a loaf of the pot bread so we could taste it and it's a good bread to eat with soup!  I'll be making it often. 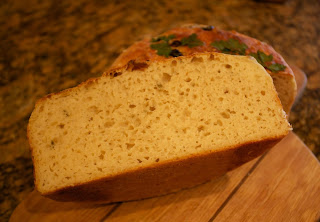 It has a wonderful texture and is very moist.  A good dipping bread. 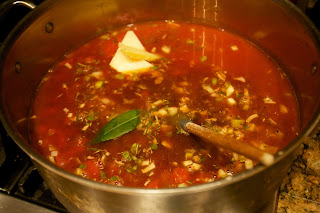 If you want to see a step by step of this recipe, click here:   http://octoberfarm.blogspot.com/2010/10/amish-giveaway-and-pasta-fagioli.html 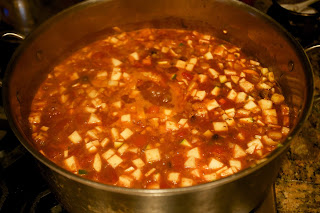 Pasta fagioli can really be a 'clean out your fridge' soup.  I added some stray zucchini, a large turnip and parsnip along with the regular ingredients. 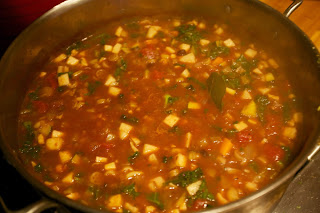 I also added kale but you could use spinach of collards or even some cabbage though they aren't traditional. 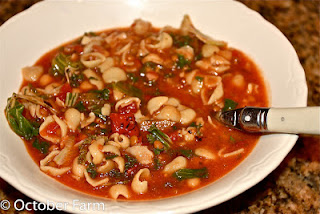 In this older pic you can see that I used small shells.  A perfect meal for a frigid day.